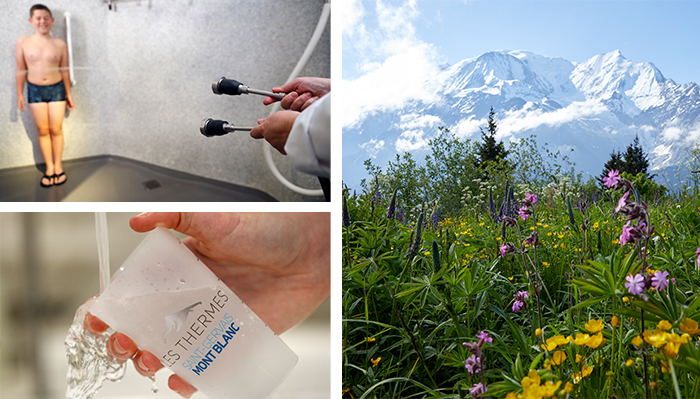 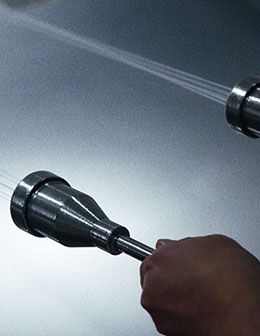 The thermal treatment for psoriasis at Saint-Gervais reduces psoriasis plaques and their intensity.

The treatment helps to relieve pain, accelerate the restructuring of the skin and slow down outbreaks of psoriasis.

Thanks to the anti-inflammatory effects of Saint-Gervais thermal water, itching tends to decrease. The treatment will also support the effects of conventional treatments for restructuring the skin.

The team of attentive and open staff and the immersion in a stunning mountain environment help you to relax and reduce stress! This is crucial if you suffer from this condition, as one of the triggers is anxiety.

Relaxed, the patient can see an improvement or regression of their lesions and this continues after the treatment. 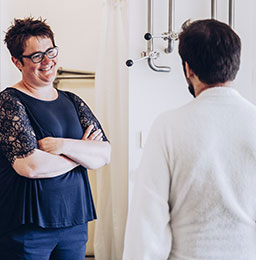 The treatments are carried out every morning for 18 consecutive days from Monday to Saturday and last approximately 1h30 each morning. Sundays are a day without treatments.

During the first consultation, your spa doctor will create a treatment plan that includes the care to be performed during the course of your treatment.
All treatments are carried out using 100% thermal spring water to offer you the best quality.

Treatments prescribed by the spa doctor and carried out every day:

These treatments are prescribed for each patient according to the extent of the condition and the patient’s needs, the doctor can also prescribe a face spray and local baths. 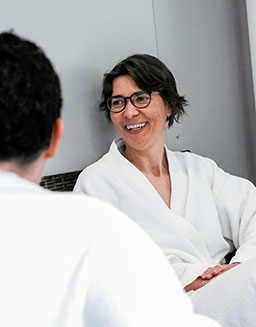 Psoriasis is an inflammatory skin condition. It is generally characterised by the appearance of thick plaques of skin that stand out in the form of white “scales”. The plaques appear in different places on the body, most commonly on the elbows, knees and scalp.

Generally, psoriasis appears as patches, or plaques, but it can also appear in the form of tear-drop shaped spots. In some cases, psoriasis is accompanied by joint pain.

There are a number of triggers: anxiety, medical treatments, food intolerances… For some, the plaques disappear after a few months, then come back following new flare-ups. 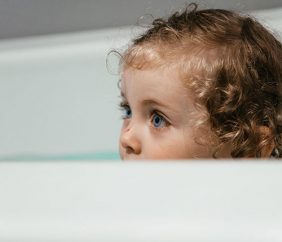 Eczema is an inflammatory skin condition in both young children and adults that Saint-Gervais thermal water has the power to relieve. The th...
Learn more 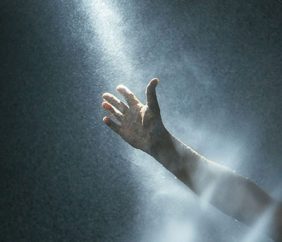 Treatment of Scars and Burns

Saint-Gervais thermal spring water is full of minerals and ideal for soothing scars and burns. The many mineral and trace elements in the th...
Learn more 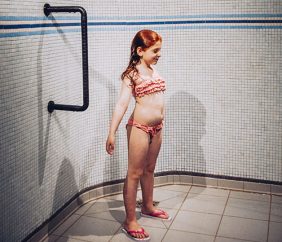 Psoriasis, whether it’s plaque or guttate psoriasis, alters your quality of life on a daily basis. The Saint-Gervais thermal treatment for p...
Learn more 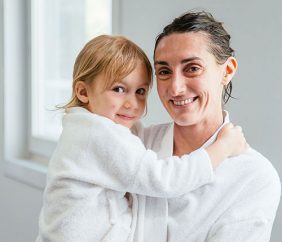 Saint-Gervais thermal spring water is particularly rich in minerals and helps to restructure the skin, softening and restoring its elasticit...
Learn more 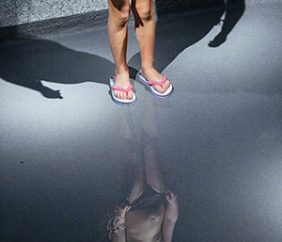 Saint-Gervais thermal spring water is rich in minerals and trace elements that provide a number of benefits and real relief for many dermato...
Learn more

Gift vouchers: Treat someone
to a revitalising break

Take a look at
our brochures